The Reason Interview With Nick Gillespie « »
Ronald Bailey: The World Is Getting Cleaner, Richer, and Safer 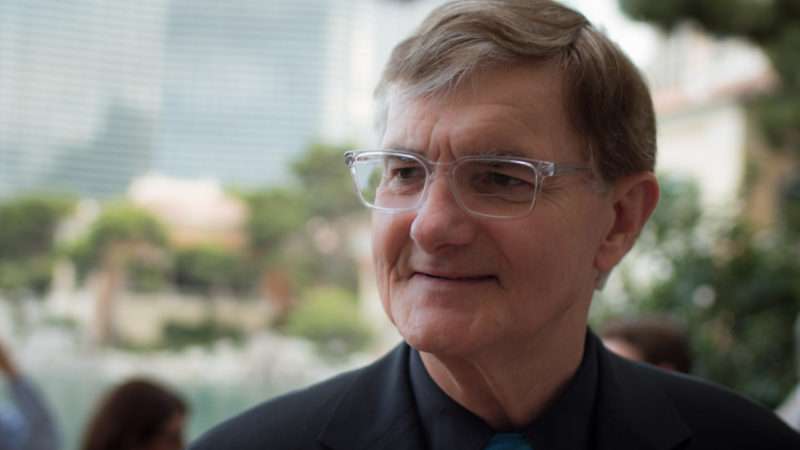 In the time of a global pandemic, soaring unemployment, massive wildfires, and racial strife, it feels like the world is going to hell.

It's not, says Reason Science Correspondent Ronald Bailey, the coauthor (with HumanProgress.org's Marian Tupy) of Ten Global Trends Every Smart Person Should Know: And Many Others You Will Find Interesting. "In 1820," Bailey tells Nick Gillespie, "84 percent of the world's population lived on [the equivalent of] less than $1.90 a day. It took 160 years for that to get down to only 41 percent. But since then, it's now below 10 percent…and we'll probably be 5% or less by 2030."

Bailey's new book also shows that forests are increasing in size, deaths from natural disasters are declining, and there are fewer autocratic governments than ever. He believes climate change will become a significant problem, but one that can be handled with technology and economic growth. The main reasons for massive and persistent progress are better ideas for organizing human society. "Basically," he says, "the Enlightenment happened." With that came the rise of representative government, property rights and markets, and especially a belief in free speech and open inquiry that are essential for technological and social innovation.

If improvements are so ubiquitous, why don't we recognize it more? Bailey argues that politicians and media outlets have vested interests in focusing on bad news and that humans have a "glitch" that leads us to take progress as a given. "We just take it for granted, he says. "What we're trying to do with this book is to not let people take it for granted and [remind them], this is what has happened. And look to the future. If we keep the same institutions that enabled this, then much more of it will happen in the future."

1d ago1d ago
Subscribe
Unsubscribe
รายสัปดาห์
Every Monday, the libertarian editors of the magazine of “Free Minds and Free Markets”—Matt Welch, Nick Gillespie, Katherine Mangu-Ward, and Peter Suderman—discuss and debate the week’s biggest stories and what fresh hell awaits us all.
A
Amicus With Dahlia Lithwick | Law, justice, and the courts

4d ago4d ago
Subscribe
Unsubscribe
รายเดือน+
A show about the law and the nine Supreme Court justices who interpret it for the rest of America.
Y
You're Wrong About

9d ago1w ago
Subscribe
Unsubscribe
รายสัปดาห์
Mike and Sarah are journalists obsessed with the past. Every week they reconsider a person or event that's been miscast in the public imagination.
T
The Jordan B. Peterson Podcast

2d ago2d ago
Subscribe
Unsubscribe
รายสัปดาห์
Join intellectual phenomenon Dr. Jordan Peterson and his daughter Mikhaila for enlightening discourse that will change the way you think. This podcast breaks down the dichotomy of life through interviews and lectures that explain how individuals and culture are shaped by values, music, religion, and beyond. It will give you a new perspective and a modern understanding of your creativity, competence, and personality.
T
To the Point

6d ago6d ago
Subscribe
Unsubscribe
รายเดือน+
A monthly reality-check on the issues Americans care about most. Host Warren Olney draws on his decades of experience to explore the people and issues shaping – and disrupting - our world. How did everything change so fast? Where are we headed? The conversations are informal, edgy and always informative. If Warren's asking, you want to know the answer.
T
The More Perfect Union

8m ago8m ago
Subscribe
Unsubscribe
รายเดือน+
Sensational stories about the issues that shape our country and our lives.
I
Intercepted with Jeremy Scahill

5h ago5h ago
Subscribe
Unsubscribe
รายเดือน+
The people behind The Intercept’s fearless reporting and incisive commentary discuss the crucial issues of our time: national security, civil liberties, foreign policy, and criminal justice. Plus interviews with artists, thinkers, and newsmakers who challenge our preconceptions about the world we live in.
T
The Party Room

5h ago5h ago
Subscribe
Unsubscribe
รายเดือน+
Want to know what's really going on in Parliament House? Fran Kelly and Patricia Karvelas give you the political analysis that matters and explain what it means for you.
เปิดฟังกว่า 500+ หัวข้อ