The Reason Interview With Nick Gillespie « »
Rick Doblin: 'People Should Have the Fundamental Human Right To Change Their Consciousness' 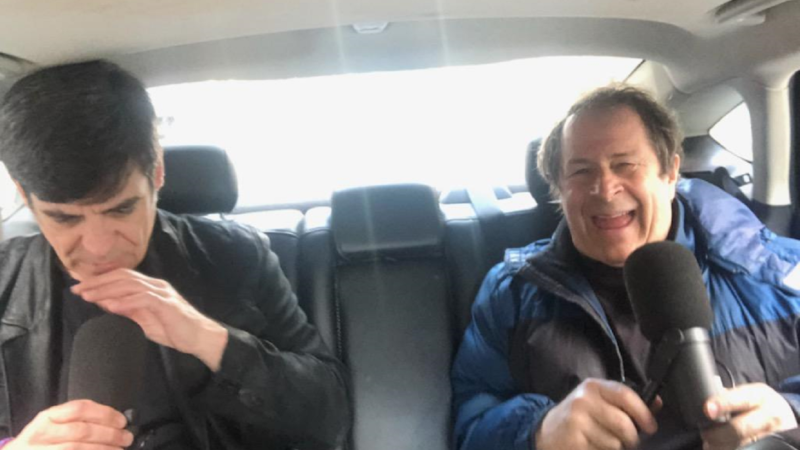 When psychedelic drugs finally become legal in the United States and elsewhere around the world, the lion's share of the credit will go to Rick Doblin. Since founding the Multidisciplinary Association for Psychedelic Studies (MAPS) in 1986, Doblin has argued forcefully for the benefits of frequently demonized substances such as MDMA, LSD, psilocybin, and ibogaine in helping people cope with post-traumatic stress disorder (PTSD), depression, anxiety, and other debilitating problems.

MAPS is currently sponsoring phase three clinical trials of MDMA-assisted psychotherapy as a treatment for PTSD. Within the next few years, if all goes well, the Food and Drug Administration (FDA) is expected to approve MDMA—which the federal government banned in 1985 as a dangerous party drug then known as ecstasy—for use by prescription as a psychotherapeutic catalyst. Further down the line, psychedelic drugs such as LSD and psilocybin, which the FDA has recognized as a "breakthrough therapy" for depression, could undergo a similar legal transformation.

Although MAPS is doing everything by the book in seeking approval of MDMA as a prescription drug, Doblin's vision goes beyond such doctor-approved uses. He aspires to a world in which people can use psychedelics responsibly without permission from physicians or priests. "Psychedelics are tools," Doblin says. "They're not good or bad in and of themselves. It's how they are used. It's the relationship you have with them…People should have the fundamental human right to change their consciousness."

Because of his busy schedule, Doblin spoke with Reason Editor at Large Nick Gillespie in late February in the back of an Uber headed to John F. Kennedy Airport. The unconventional setting seemed the perfect place to catch up with a guy who is doing so much to radically change our way of thinking about how we deal with the world.

1d ago1d ago
Subscribe
Unsubscribe
รายสัปดาห์
Every Monday, the libertarian editors of the magazine of “Free Minds and Free Markets”—Matt Welch, Nick Gillespie, Katherine Mangu-Ward, and Peter Suderman—discuss and debate the week’s biggest stories and what fresh hell awaits us all.
P
Payne's Politics

1M ago6w ago
Subscribe
Unsubscribe
รายเดือน+
Want to know what's really going on in Parliament House? Fran Kelly and Patricia Karvelas give you the political analysis that matters and explain what it means for you.
I
Intercepted with Jeremy Scahill

17h ago17h ago
Subscribe
Unsubscribe
รายเดือน+
The people behind The Intercept’s fearless reporting and incisive commentary discuss the crucial issues of our time: national security, civil liberties, foreign policy, and criminal justice. Plus interviews with artists, thinkers, and newsmakers who challenge our preconceptions about the world we live in.
T
The Non-Prophets