The Reason Interview With Nick Gillespie « »
Peter Suderman: The $1.9 Trillion American Rescue Plan Has Almost Nothing To Do With Covid 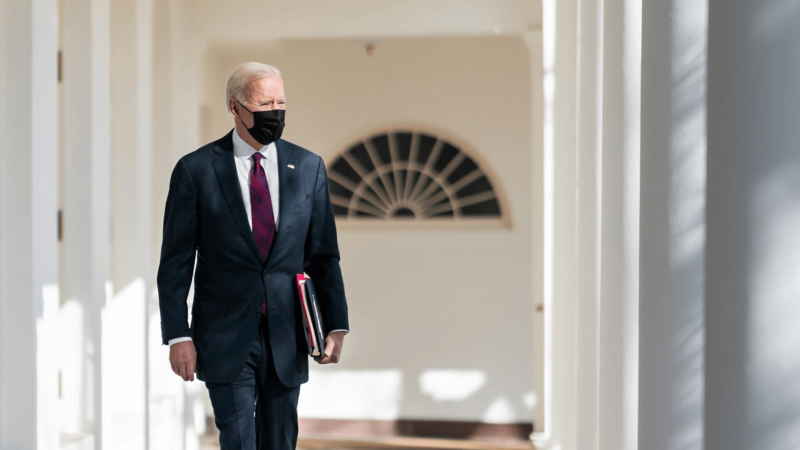 The American Rescue Plan Act is hurtling toward final passage, but only a few percentage points of its massive $1.9 trillion price tag is specifically geared toward, you know, addressing the pandemic. How little? House Minority Leader Kevin McCarthy (R–Calif.) says just 9 percent of it goes "directly to toward Covid-19 relief." The nonpartisan Committee for a Responsible Budget puts the number even lower, declaring, "Only about 1 percent of the entire package goes toward COVID-19 vaccines, and 5 percent is truly focused on public health needs surrounding the pandemic."

Most of it is instead a pre-existing Democratic Party wishlist of increased spending on virtually every aspect of government, including bigger unemployment benefits, even more money for schools, a gigantic child tax credit, and subsidies for Obamacare insurance policies that would phase out only at a household income of more than $580,000. This legislation comes on the heels of the $4 trillion in coronavirus-related spending passed last year.

Peter Suderman, features editor at Reason, joins Nick Gillespie to discuss his cover story in the new issue of the magazine, which is titled "Josh Hawley's Toxic Populism," a deep dive into the anti-libertarian platform of the Missouri senator who is one of the Republican Party's rising stars. They also walk through the nearly $2 trillion of new spending—passed along strict party lines—that is about to be signed into law by President Joe Biden.

7d ago0w ago
Subscribe
Unsubscribe
รายเดือน+
A show about the law and the nine Supreme Court justices who interpret it for the rest of America.
L
Louder with Crowder

1d ago1d ago
Subscribe
Unsubscribe
รายสัปดาห์+
Steven Crowder brings you news, entertainment and politics with the most politically incorrect show on the web. Guests, rants, sketches, your calls ... it's whatever.
Y
You're Wrong About

5d ago5d ago
Subscribe
Unsubscribe
รายสัปดาห์
Mike and Sarah are journalists obsessed with the past. Every week they reconsider a person or event that's been miscast in the public imagination.
T
The Jordan B. Peterson Podcast

2d ago2d ago
Subscribe
Unsubscribe
รายสัปดาห์
Join intellectual phenomenon Dr. Jordan Peterson and his daughter Mikhaila for enlightening discourse that will change the way you think. This podcast breaks down the dichotomy of life through interviews and lectures that explain how individuals and culture are shaped by values, music, religion, and beyond. It will give you a new perspective and a modern understanding of your creativity, competence, and personality.
T
To the Point

7d ago1w ago
Subscribe
Unsubscribe
รายเดือน+
A monthly reality-check on the issues Americans care about most. Host Warren Olney draws on his decades of experience to explore the people and issues shaping – and disrupting - our world. How did everything change so fast? Where are we headed? The conversations are informal, edgy and always informative. If Warren's asking, you want to know the answer.
T
The More Perfect Union

3d ago3d ago
Subscribe
Unsubscribe
รายสัปดาห์
Every Monday, the libertarian editors of the magazine of “Free Minds and Free Markets”—Matt Welch, Nick Gillespie, Katherine Mangu-Ward, and Peter Suderman—discuss and debate the week’s biggest stories and what fresh hell awaits us all.
C
COMMONS

23h ago23h ago
Subscribe
Unsubscribe
รายเดือน+
Sensational stories about the issues that shape our country and our lives.
P
Payne's Politics

3h ago3h ago
Subscribe
Unsubscribe
รายสัปดาห์
Sebastian Payne takes you into the corridors of power to unwrap, analyse and debate British politics with a regular lineup of expert Financial Times correspondents and informed commentators. New episodes available every Saturday morning.
I
Intercepted with Jeremy Scahill