The Reason Interview With Nick Gillespie « »
Nancy Rommelmann: The Disturbing Drift of the Portland Protests 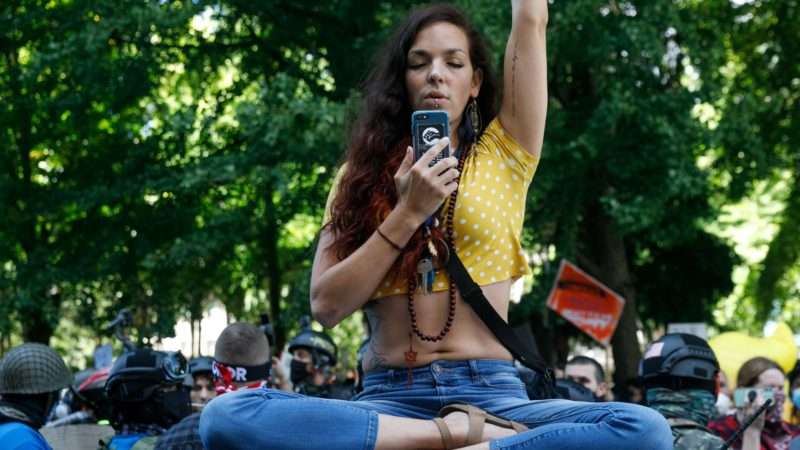 What's behind the monthslong violent protests in Portland, Oregon, and are they coming soon to a city near you?

Since the police killing of George Floyd in Minneapolis in late May, demonstrators in Portland have taken to the streets every night, often smashing windows, setting buildings on fire, and scuffling with local and federal law enforcement as well as fellow city dwellers. Lately, protesters have been entering residential neighborhoods in the early morning hours, shining lights into windows and telling people to literally and figuratively "wake up" to a world the protesters say is made intolerable by racism, income inequality, the presidency of Donald Trump, and more.

Veteran journalist Nancy Rommelmann has been covering the Portland protests for Reason. She knows Rose City like the back of her hand, having lived there for 15 years. Nick Gillespie spoke with her about the roots of the unrest in Portland, what she's learned by talking with the protesters and authorities, and what might be coming next. Rommelmann paints a disturbing picture of mostly young demonstrators who are becoming increasingly restive, prone to violent rhetoric, and unfocused in their demands.

2d ago2d ago
Subscribe
Unsubscribe
รายสัปดาห์+
Chuck Todd at his best – unscripted, informed and focused on what really matters in the 2020 presidential race. Join Chuck each Wednesday as he talks with top reporters from the nation’s capital, plus exclusive sit-down interviews and on-the-ground dispatches from across the campaign trail.
Y
You're Wrong About