The Reason Interview With Nick Gillespie « »
Morris P. Fiorina: Why 'Electoral Chaos' Is Here To Stay 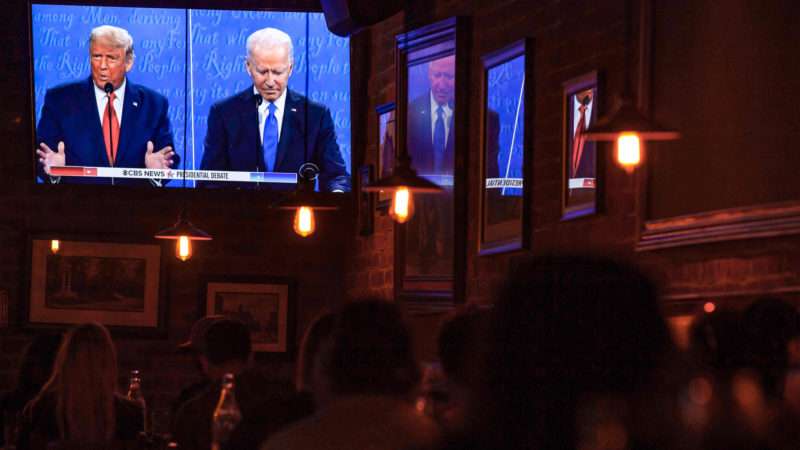 Very little will likely be decided on Election Day, says Stanford and Hoover Institution political scientist Morris P. Fiorina, and that's not simply because a historically high percentage of mail-in ballots means the final tally might not be known for weeks or even months.

Fiorina says we are in an extended age of what he calls "unstable majorities" because neither the Republican Party nor the Democratic Party is popular enough to get and hold enduring legislative power. The result is a historically rare period in which control of the White House and each house of Congress regularly flips back and forth between the two parties.

Fiorina says the main cause of such "electoral chaos" is the way that parties select candidates and platforms. Party activists are more ideological and less representative not simply of most Americans but even of the other members of their own parties. When they take control, the parties push extreme agendas at odds with popular opinion, resulting in regular turnover the next time there's an election. In 2008, for instance, Barack Obama and the Democrats won in a landslide before losing control of Congress two years later. Similarly, Donald Trump won the White House in 2016 and had a Republican Congress, only to lose the House two years later.

Fiorina, who describes himself as a "soft libertarian," expects Joe Biden to win next week and figures it's likely that the Democrats will win a majority in the Senate while keeping the House. But he also expects "electoral chaos" to characterize the 2022 midterms and the 2024 presidential election because the underlying conditions that produce such unstable majorities haven't changed.

Despite deep discord stoked by COVID-19 lockdowns, economic collapse, and racial tensions, Fiorina is guardedly optimistic about the future. His work in books such as Culture War? The Myth of a Polarized America shows that citizens actually agree overwhelmingly on many issues (including abortion, marijuana legalization, gay rights, and free trade) despite divisive political rhetoric. "There are big problems and no one seems to have a good idea of how to get a handle on them," he grants. But comparing the current moment to the late 1960s and early '70s, though, he says "we're not on the verge of civil war" and that today's violence is far less intense or extensive. "We somehow muddled through [the '60s]," he says, "and so I think we will probably as a country do that again, although it won't be pretty and it won't be quick."

14d ago1w ago
Subscribe
Unsubscribe
รายสัปดาห์
Mike and Sarah are journalists obsessed with the past. Every week they reconsider a person or event that's been miscast in the public imagination.
T
The Jordan B. Peterson Podcast