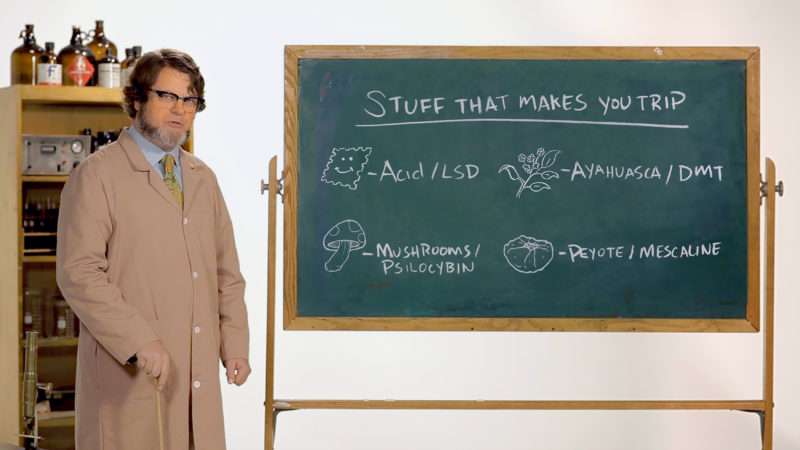 The new documentary Have a Good Trip: Adventures in Psychedelics, features the former Police frontman, Sarah Silverman, Carrie Fisher, Anthony Bourdain, Ben Stiller, and many other creative people talking about their good, bad, and ugly experiences with drugs such as LSD, magic mushrooms, peyote, and MDMA.

The film is hosted by Nick Offerman and includes commentary by UCLA's Charles Grob, one of the world's leading experts on growing efforts to use hallucinogens in therapeutic settings.

Director Donick Cary won an Emmy for his work as a writer on Late Night Night with David Letterman and has produced and written for shows such as The Simpsons, Silicon Valley, and Parks and Recreation.

In a wide-ranging conversation with Nick Gillespie, he talks about his own history with psychedelics and the need for serious, open, and well-informed conversations about substances that are routinely described as life-changing.

Have a Good Trip is a fascinating look at the past, present, and future of mind-expanding drugs and anyone interested in—or worried by—the neo-psychedelic movement can watch it now on Netflix.