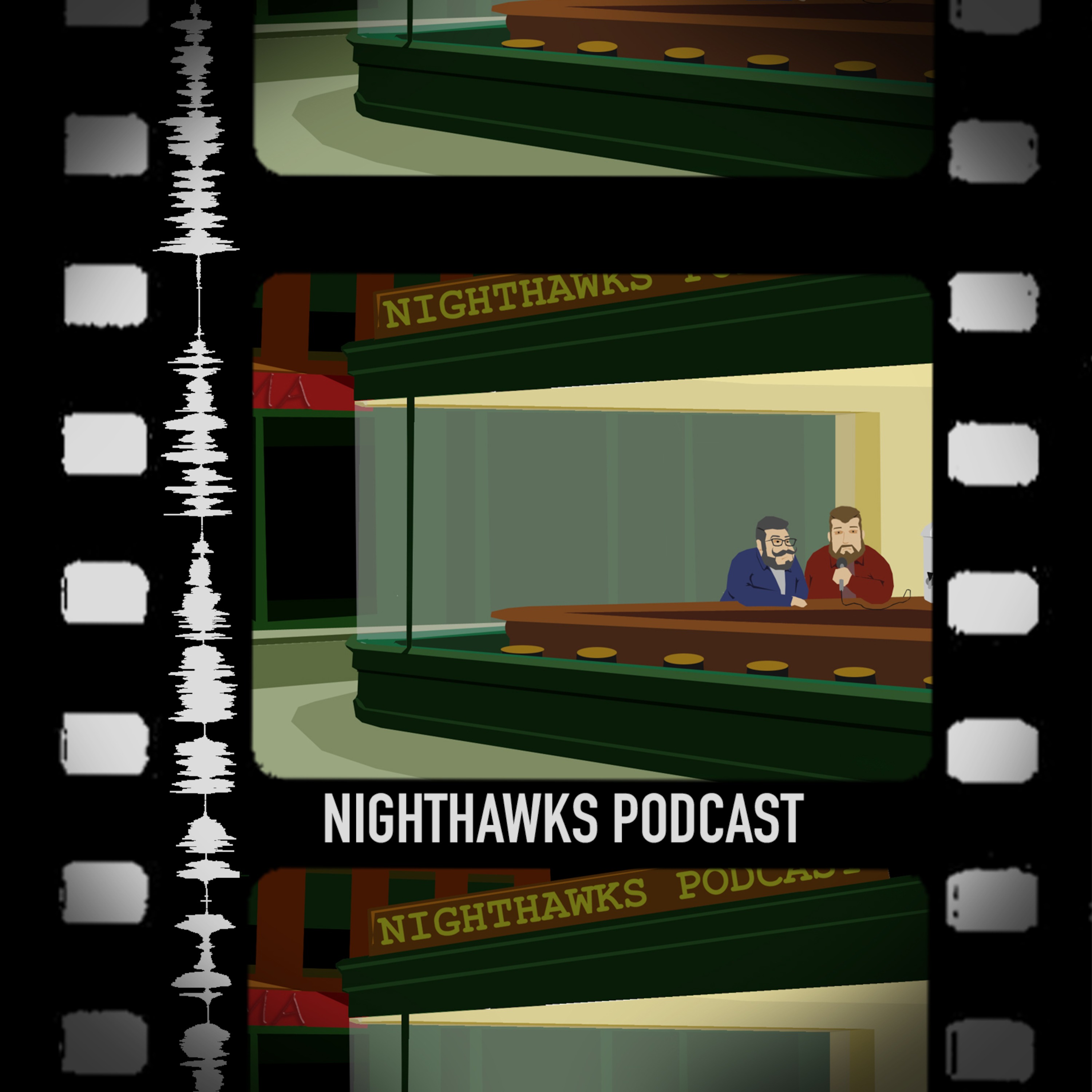 It was bound to happen sooner or later and a collision of streaming coincidence allowed us to get this done in our first hundred episodes.
Matt is an old aficionado of the Robert B. Parker Spenser novels, a fan of the television series Spenser: For Hire, and he has strong opinions about the made-for-TV Spenser movies from the 90s and early aughts. He’s going into the 2020 Netflix offering, Spenser Confidential, with a keenly hewn fandom and a careful critical mind.
Trevor hadn’t consumed ANY Spenser properties when he finally sat down and socially distanced himself with Spenser Confidential. But after watching the new film with Mark Wahlberg, Winston Duke, and Iliza Shlesinger Trevor did his homework and read some Robert B. Parker to beef up for the episode.
The streaming gods did also smile upon Matt and Trevor, bestowing them with an unexpected and very welcome gift- three seasons of Spenser: For Hire on ImdbTV, a free-with-commercials service.
So in this episode the guys talk about Robert B. Parker’s work, Spenser: For Hire the series, and the dessert is a no-spoiler discussion of the latest R-Rated action comedy that debuted on the Netflix charts and still is hanging in there several weeks later.
Folks, a take on Parker’s Spenser is one we really wanted to do. It was intended mostly to be a larf, and something to check off the Nighthawks’ bucket list. But in these times, when we’re stuck inside and have nothing better but to watch a movie, the Nighthawks would like to encourage you to reach out and try something new.
Maybe one of the Spenser properties is for you. Maybe they aren’t. We recorded this episode with you folks in mind, hoping to give you the context needed to decide if a few seasons of Robert Urich and Avery Brooks are worth your time (I mean…how could that not be worth your time?) Maybe a few hours watching Alan Arkin be a crotchety fart is in your wheelhouse (again, whose wheelhouse is that NOT in?)
Hunker down. Stay healthy. We are always with you in the Nighthawks Diner.
In the meantime… episode 100 is fast approaching, and the recent coronavirus caused COVID-19 global pandemic has put a hitch in how we were planning to handle the content of that episode. With that being said we’ve resumed appropriately distant production, and hope to bring you a really special 100th episode very soon.

5h ago5h ago
Subscribe
Unsubscribe
รายวัน
Each week day RN Arts programs zoom in on a specific area of art and culture, brought to you by a specialist presenter. Subscribe to their podcasts separately by searching by name in your podcasting app.
T
The SoundCast

7d ago0w ago
Subscribe
Unsubscribe
รายสัปดาห์
In The Filmcast, hardcore geeks David Chen, Devindra Hardawar, and Jeff Cannata debate, pontificate, and delve into the latest films, TV shows, and other entertainment-related items from the past week. Weekly guests include everyday bloggers, webmaster luminaries, film directors, and movie stars from all walks of life. You can reach us at slashfilmcast@gmail.com and find more podcast episodes at http://www.thefilmcast.com
C
Cordkillers (All Audio)

2h ago2h ago
Subscribe
Unsubscribe
รายสัปดาห์+
Watch what you want, where you want, when you want on whatever device you please. Take control of your TV, Movies and more.
T
The Rock and Roll Geek Show

32m ago32m ago
Subscribe
Unsubscribe
รายสัปดาห์
Become a Paid Subscriber and get bonus podcasts: https://anchor.fm/nowplayingpodcast/subscribe Three playful movie reviewers break down a wide variety of film franchises by dedicating a podcast to every single sequel, remake, reboot, and spin-off in a series. Conversations are in-depth and cover production history, literary sources, gossip, merchandising, and good old fashioned personal opinion with loads of humor and critical insight. No cinematic universe is too obscure or sacred!
O
Original Science Fiction – Makeshift Stories

4d ago4d ago
Subscribe
Unsubscribe
รายเดือน+
Makeshift Stories is an independently produced sci-fi, fantasy, and speculative fiction podcast for all ages. Twice a month, escape the ordinary and join us on a journey through space, time, possible futures, alternative pasts and the unexplainable.
W
Werewolf Ambulance: A Horror Movie Comedy Podcast

30m ago30m ago
Subscribe
Unsubscribe
รายสัปดาห์
Werewolf Ambulance is a horror movie comedy podcast. Allen and Katie watch horror movies from all eras and of all qualities and then discuss them in a not-so-academic way (just as the name "Werewolf Ambulance" might imply!) and then discuss and rate them. The episodes do contain spoilers, so please watch the films before listening if that bothers you!
เปิดฟังกว่า 500+ หัวข้อ