Carry the One Radio: The Science Podcast « »
The Fault in our Crust 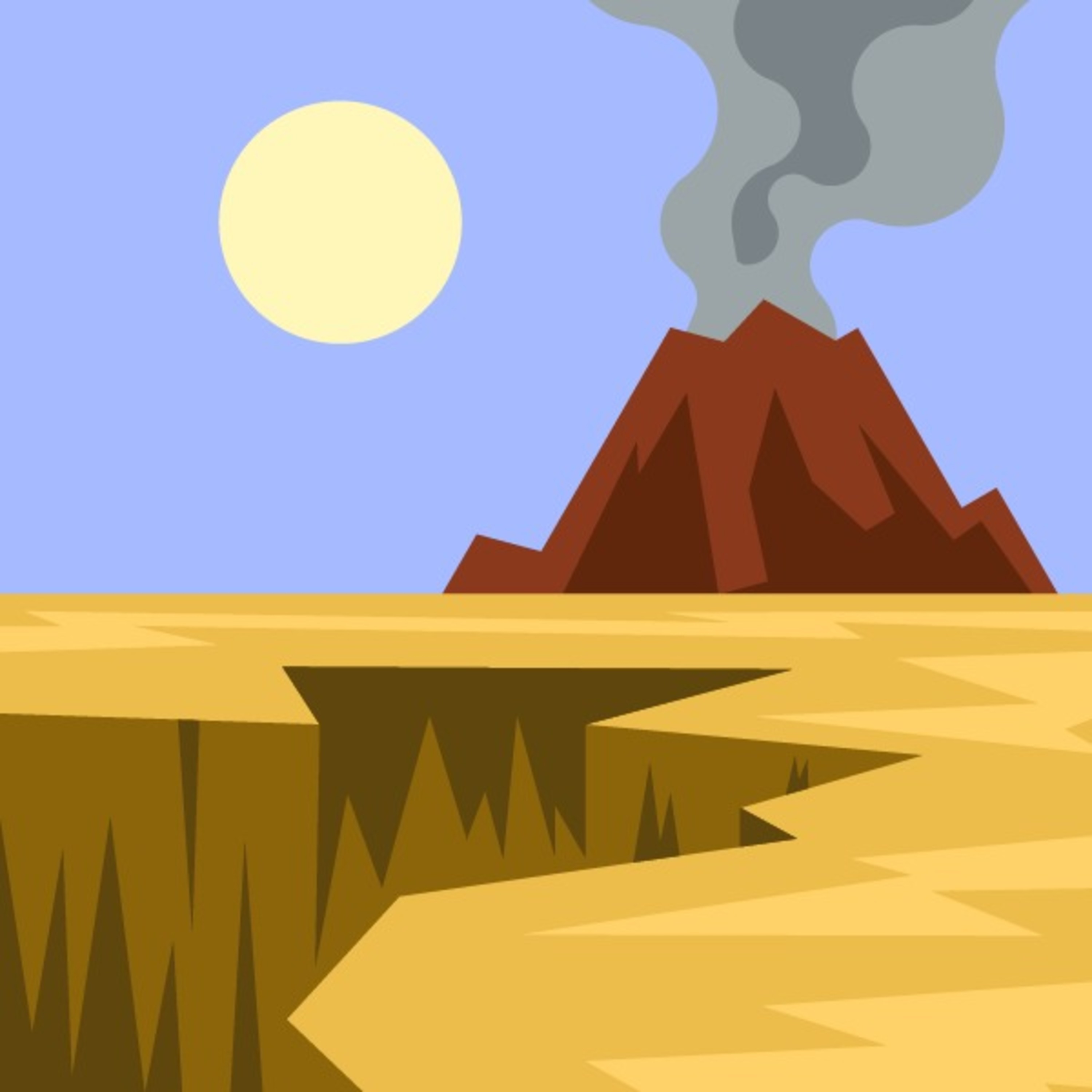 If you live in an earthquake-prone area, there's probably one question on your mind a lot of the time: when is the next big one going to hit?
In this episode, we talk earthquake prediction with Dr. Barbara Romanowicz, a geophysicist at UC Berkeley and the former director of the Berkeley Seismology Lab. And while earthquake prediction is definitely important, our conversation revealed to us that there's so much more we can learn from earthquakes. Earthquakes (and their sister natural phenomena volcanoes) can teach us about the history of the geography that surrounds us and the make-up of the Earth beneath our feet. And just like any good science, earthquakes can reveal even deeper questions than we knew to ask before.
Strap in and join us for a wild ride through the center of the Earth, with stopovers in California, Japan, and on the newest Hawaiian volcano.
This episode was written and produced by Anna Lipkin, Cindy Liu, and Kanchi Mehta. Music in this episode is by Blue Dot Sessions, Kai Engel, Ketsa, and Six Umbrellas from the FreeMusicArchive. Episode art from Public Domain Vectors.

ที่คล้ายกับ Carry the One Radio: The Science Podcast

B
Brain Science with Ginger Campbell, MD: Neuroscience for Everyone

24d ago3w ago
Subscribe
Unsubscribe
รายเดือน
Brain Science makes recent discoveries in neuroscience accessible to listeners of all backgrounds with an emphasis on how these discoveries are unraveling the mystery of how our brains make us human. Host Ginger Campbell, MD interviews scientists to give you a first hand look at how science is really done. Full show notes and episode transcripts are available at http://brainsciencepodcast.com.
A
Ask the Naked Scientists

30m ago30m ago
Subscribe
Unsubscribe
รายสัปดาห์
How many organs could you donate and remain alive? How many planet Earths could fit inside the Sun? How high is a giraffe's blood pressure? Why is the sea blue? To find out, Ask The Naked Scientists!
T
This Podcast Will Kill You

13d ago1w ago
Subscribe
Unsubscribe
รายเดือน+
This podcast might not actually kill you, but it covers so many things that can. Each episode tackles a different disease, from its history, to its biology, and finally, how scared you need to be. Ecologists and epidemiologists Erin Welsh and Erin Allmann Updyke make infectious diseases acceptable fodder for dinner party conversation and provide the perfect cocktail recipe to match
P
PT Inquest

9h ago9h ago
Subscribe
Unsubscribe
รายเดือน+
PT Inquest is an online journal club. Hosted by Erik Meira and JW Matheson, the show looks at an article every week and discusses how they apply to current physical therapy practice.
T
The BMJ Podcast

37m ago37m ago
Subscribe
Unsubscribe
รายสัปดาห์
The BMJ is an international peer reviewed medical journal and a fully “online first” publication. The BMJ’s vision is to be the world’s most influential and widely read medical journal. Our mission is to lead the debate on health and to engage, inform, and stimulate doctors, researchers, and other health professionals in ways that will improve outcomes for patients. We aim to help doctors to make better decisions.
T
This Week in Microbiology

10d ago1w ago
Subscribe
Unsubscribe
รายเดือน
This Week in Microbiology is a podcast about unseen life on Earth hosted by Vincent Racaniello and friends. Following in the path of his successful shows 'This Week in Virology' (TWiV) and 'This Week in Parasitism' (TWiP), Racaniello and guests produce an informal yet informative conversation about microbes which is accessible to everyone, no matter what their science background.
T
The Naked Scientists Podcast

6d ago6d ago
Subscribe
Unsubscribe
รายสัปดาห์
The Naked Scientists flagship science show brings you a lighthearted look at the latest scientific breakthroughs, interviews with the world's top scientists, answers to your science questions and science experiments to try at home.
S
Stuff To Blow Your Mind

6h ago6h ago
Subscribe
Unsubscribe
รายวัน
Deep in the back of your mind, you’ve always had the feeling that there’s something strange about reality. There is. Join Robert Lamb and Joe McCormick as they examine neurological quandaries, cosmic mysteries, evolutionary marvels and our transhuman future.
A
All In The Mind

20h ago20h ago
Subscribe
Unsubscribe
รายสัปดาห์
All In The Mind is ABC RN's weekly podcast looking into the mental universe, the mind, brain and behaviour — everything from addiction to artificial intelligence.
E
Emergency Medicine Cases